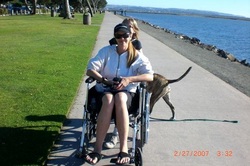 Yes, I know it's hard to believe, especially those that see me now running around as if I was just Blessed with perfect health my whole life!
In my early 20's I was not the vibrant woman you know today...I was dying, not only physically, but emotionally...and spiritually.  In fact most of my childhood memories are riddled with hospitals, doctors and drugs, so many in fact that I hardly remember anything else!
After a series of strokes and seizures I was told I had 6 months to live and was diagnosed with epilepsy!  This was in 1996!  They never gave me a reason, only MORE DRUGS!  So I did what I was told, like a good little patient and remained sick...but didn't die.  I made SMALL changes in my diet at that time which probably helped, but not nearly enough.  I still had a lot to learn!

I was diagnosed with cancer 3 times, was horribly depressed and acquired diabetes insipidous which is pretty much the ADVANCED stages where you lose your eyesight, kidneys and almost your feet.  I had to wear diapers because I lost my kidney function and had no idea I had to go to the bathroom until AFTER my legs were wet!  I had over 100 LIVE WOUNDS on my lower legs and was literally a walking zombie!!!  I would actually fall asleep at the dinner table in an instant!  Even in public.  My family just came to know me as this walking dead patient and accepted that I would always be this way.  I was lucky and was able to save my feet...this was around the time I started to learn that there might be something wrong with the "treatment" I had come to know and accept in main stream medicine.  I didn't know the answer, I just started to realize that something might be wrong with what I believed.  I took every drug they ever offered me believing that they knew what was best for me and that their job was to heal me.  I never even considered the side effects of the drugs because they always told me that the risk of the dis-ease outweighed any possible side effects that were extremely rare!  HAHAHA  If they were so rare, then why was I experiencing almost all of them?  And their solution? MORE DRUGS!!!  Come to find out late that just by removing those drugs, many of my conditions just went away without ANY knowledge of proper nutrition, despite what I had thought I learned in school!

I also was suffering from asthma from as early as I can remember in my childhood, which I was taking several inhalers, steroids, pills like theophylline and taking allergy shots, 2 twice per week.  I had come to know the doctors office and emergency room very well.  Too well.  In fact if they didn't see me or pick me up with the ambulance for a week they started to miss me and thought I may have died!

After a sudden paralysis rendering my legs useless and having trouble with even my upper limbs, I was later diagnosed first with fibromyalgia, then MS, then Lupus.  They offered me more drugs...and a wheelchair...and a handy dandy little disabled parking pass!  They even gave me state disability which offered me 47 dollars per week to live on!  Gee, thank you, California!  No problem paying bills, rent and raising 2 children on that income!
I was told I would have to appeal the payment decision which could take years...

That's when I decided enough was enough and it was time for me to find a better way...
Being a nutrition major in the early 90's I thought I knew everything there was to know about proper nutrition..you know, the food pyramid, white bread, grains, dairy, meat...knew NOTHING of GMO's or the depletion of the soil and thus minerals found in our tainted foods, but I did get an A in my classes!

You know they say when the student is ready, the teacher will appear.  Life sent me a series of people who would help plant seeds about my ability to heal myself, IF I was willing to make changes.  Out of desperation I made the changes and hoped that what I was told was true about me being able to heal myself.  I had nothing left but hope.
Honestly, I was skeptical and all I really wanted was to be able to go to the bathroom by myself and fix my children dinner...go to the store...my aspirations were not too high at the time.  I had no idea that I could make a COMPLETE RECOVERY and am still somewhat amazed at what I went through.......almost like it was a bad dream....
I quit the drugs and quit going to the doctor.  Funny that that decision alone would be the most crucial step I could take towards finally healing and being free of dis-ease!

My last appointment with my doctor in 2007 while I was in a wheelchair was after I had started taking modifilan, a brown seaweed supplement.  (You can read about that here: http://mytrueessence.weebly.com/modifilan.html )  I started to regain control of my limbs and I was soooo excited to show him that there would be hope in me walking again!  I got out of my chair and walked a little sideways, like a crab...LOL  Fell over a little, but I was able to control my limbs somewhat and hold my weight with my legs!  I thought he would be as excited as I was, but instead he pretty much chastised me and warned me of the "dangers" of supplements, told me they were pretty much a conspiracy theory and insisted that I could get all the nutrition I needed from the food I could get in the grocery store!  He literally tried to discourage the use of any nutritional supplements and warned of the hazards that might arise taking something that had not been approved by the FDA!

I could bore you with the long gory details of everything I experienced, from emergency surgeries where they had to call a liver specialist in the midst of surgery to repair and replace my insides after literally being bent over like an L shape in pain unable to stand straight in constant pain, but I think what is more important here is that despite what "they" might tell you, you CAN heal!  I AM LIVING PROOF!

I went through a series of replacing one negative damaging lifestyle choice with something more healthy and nourishing...learned the powers of juicing and the negative impact of the SAD (Standard American Diet) on my health.  And here we are 6 years after the turning point for health in my life and have not only not been sick since, but have never felt better!

This is not  fictional story!  This can also be YOUR STORY if you choose it!  One of the most important things I had learned is that Mother Nature/God is smarter than man.  And if you THINK you can't heal, you are probably right.  As well as if you KNOW you CAN heal, you are also right! 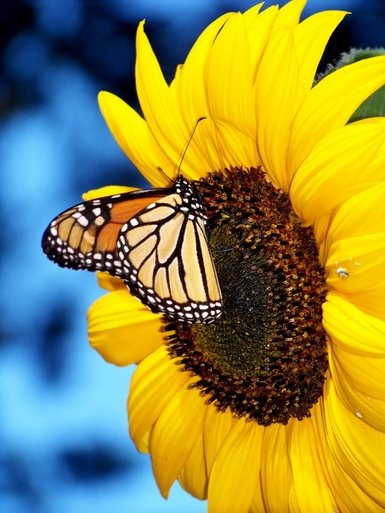